Previous Next
Meg’s Awesome Finds: Welcome to a brand new feature in our newsletter😄
NEWSLETTERS

Welcome to a brand new feature in our newsletter😄

Welcome to a brand new feature in our newsletter!! As I’m not on social media at all these days, I buy a lot less stuff. Actually, I mostly only buy stuff I need (imagine that!) because I don’t see tons of ads making me think I need 87 million other things (LOL). I also don’t see a million new recipes, so we’ve been living off our old standbys for a *while* (😂).

In the last few weeks, however, I’ve come across one new product line I’m obsessed with that I found at my favorite organic grocery store, a new healthy delicious snack recipe Jake is obsessed with (that I’ve now made FIVE TIMES), and I broke my no-TV rule for a newish show created by one of the best creators in the business, Jared Keeso, and it was AWESOME.

So, without further ado, here are Meg’s Awesome Finds for you:

I am obsessed. Period.

Everything about the products and company gives me so many good vibes. I’ve been stuck in a skincare rut lately and my Eminence products just couldn’t seem to get my skin back to glowing anymore. It’s also nearly as dry as the Sahara right now where we live, which compounded my problem. I was desperate. Super desperate. For some reason, my intuition said to skip the fancy spa products and hit the organic grocery store. So I did! God bless the helpful woman who led me to the evanhealy product line. It’s 100% organic and 100% clean and nontoxic—all musts for me. But more than that, the products are wonderful, they feel amazing, my skin feels better than it has in ages, it’s about half the price of what I was using, and I can get it at the grocery store! Wins all around! Plus, when I started reading up on the brand, I was thrilled when I read their philosophy and how they recommend you use your intuition when applying products. Never before has a skincare company spoken my language so perfectly! Needless to say, I’m sold. I bought dang near the entire product line, and I can’t wait to share more about my specific faves once I’ve had more time to play with them. But, with something this good, I couldn’t hold back. I had to share it with you! 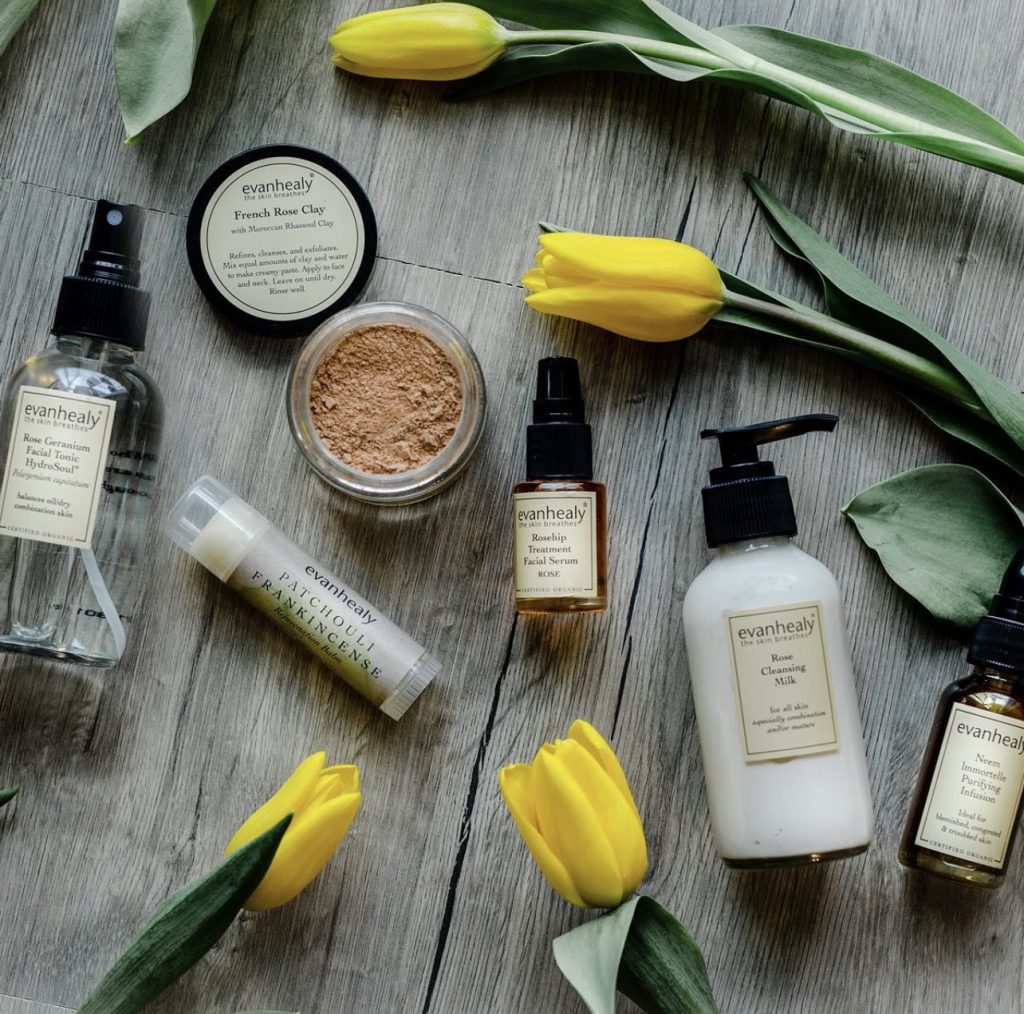 “They are delicious.” – Jake

Thank you to Sunkissed Kitchen for posting this recipe!! I’m not sure who loves them more, me or Jake. 😂

If you’re new to dates, they’re amazing. I’ve liked them for years, but now I love them. This recipe makes them SHINE! And there’s no sugar, honey, or maple syrup either! All the sweetness comes from the dates.

I was hunting for a flax oatmeal cookie recipe at Jake’s request as he was missing the cookies we used to get at the gym cafe in Belize. Instead of finding one of those that sounded yummy, I ran across this recipe, and the rest, as they say, was history. This will be a staple in our house for years to come, no doubt!

In full disclosure, I thought the recipe was a bit of a pain in the ass the first time I made it, but after 5 rounds of bars, it’s gotten easier and I’ve gotten quicker. The trick is the date caramel and getting that right. I found that fresher, gooey dates seem to be a bit easier to make into caramel. It’s still delish either way, but the more you rock that caramel layer, the better the whole bar is.

If you’re looking for a no added sugar treat, Jake and I highly recommend these! 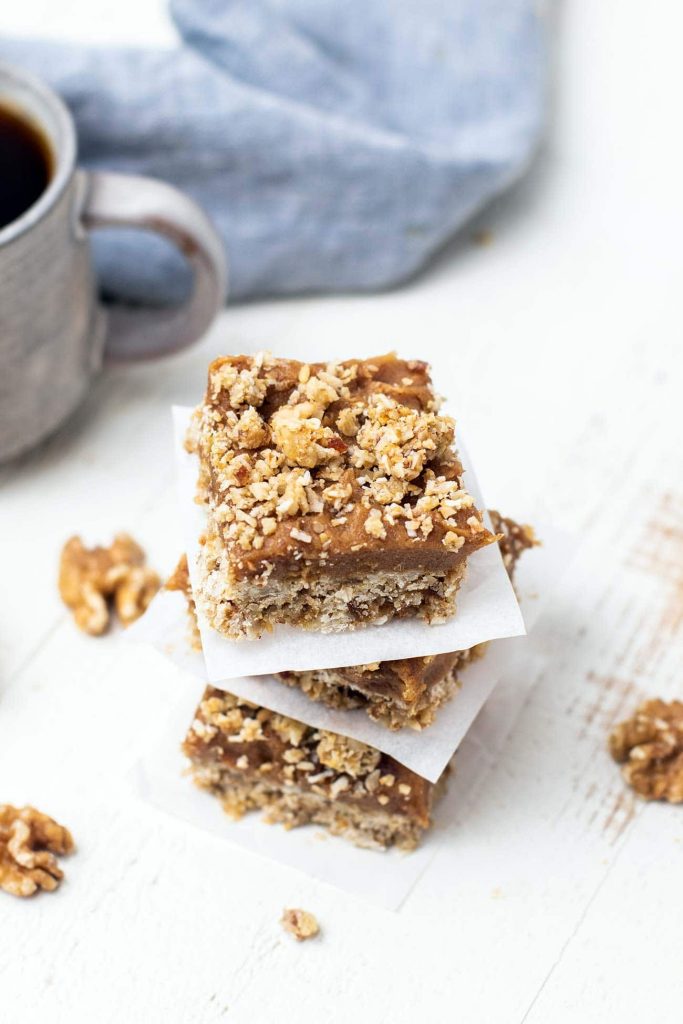 3. The show we want more seasons of: Shoresy

Oh. My. Goodness. I haven’t really talked about our love of Letterkenny, but that’s honestly old news at this point because Shoresy stole our hearts.

There is nothing like an epically written character and an awesome cast, with hilarious lines that just get funnier the more times you watch it.

Jared Keeso, without a doubt, is one of the best sitcom creators in existence. For real, my creative soul gives this man a standing ovation and slow clap for his work. Well done, sir! He has created the only two television shows I’ve watched all episodes and all seasons of since 2014. In my opinion, Shoresy is even better than Letterkenny.

Do not watch it with your kids. It’s for adults only. There’s tons of profanity. It’s so damn good though.

If you’re a Letterkenny fan, then you already know about Shoresy, the character that everyone loved to hate. But man oh man, did Jared Keeso have a great backstory for him and an amazing story altogether. I can’t wait to see more! I pray they make a second season, or else who knows how long it’ll be until I watch a sitcom again.

You may think I’m a nut job after you watch it, but Jake and I freaking loved it.

Kudos, Jared Keeso, from one creator to another. You nailed it, buddy!

You can watch this epic Canadian hockey sitcom on Hulu. And if you’re like me, you can cancel your Hulu subscription afterward easily by going to your account on a computer and clicking “Cancel”. Thank goodness they make it so easy. But one more replay of Shoresy first… 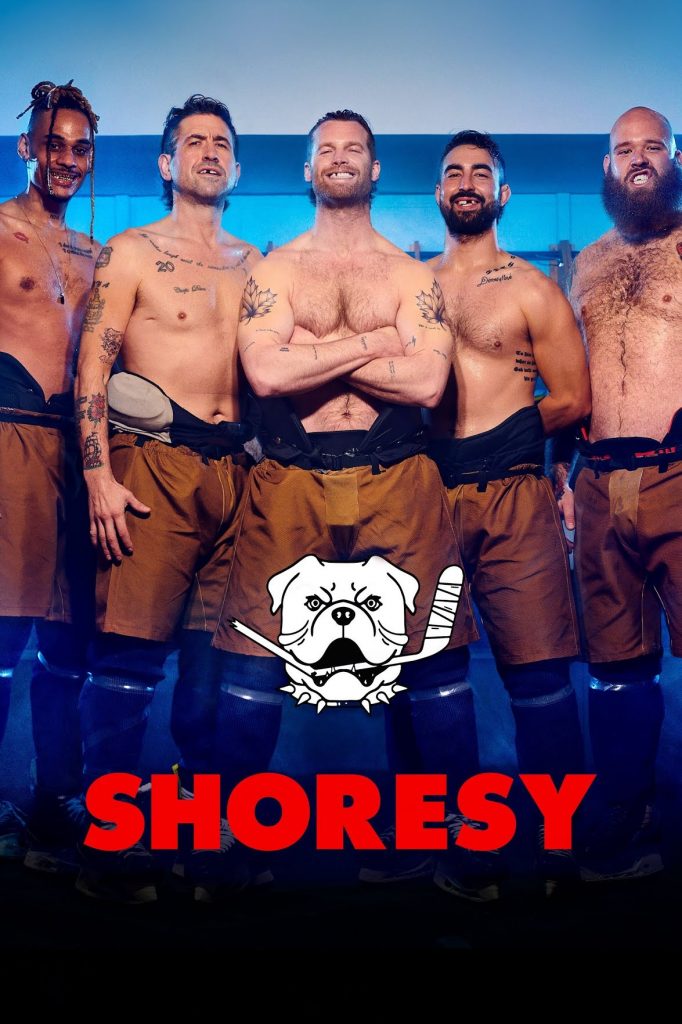 I hope you enjoyed this first edition of Meg’s Awesome Finds! No one is paying me anything or giving me free stuff to say any of this. These are my genuine recommendations shared purely out of love for you. I hope you enjoyed it and maybe even discovered something new of interest for yourself!

Sending all my love,